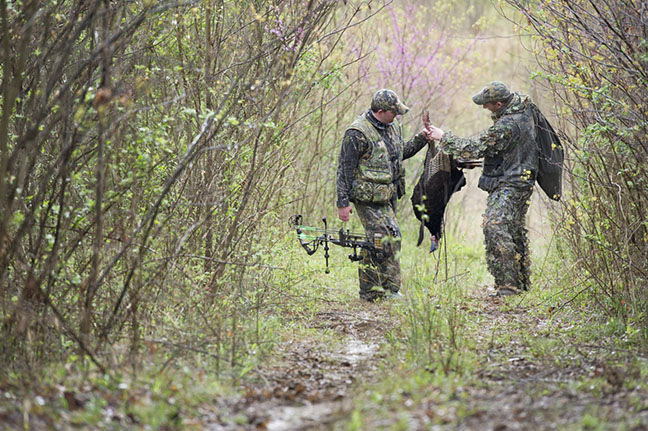 TAKE THREE AND CALL THEM IN THE MORNING

Port Clinton, OH (March 10, 2016) – Sorting out the countless types and styles of turkey calls available today can be intimidating – even for experienced turkey hunters. Let’s face it: The only way to learn is to experiment. Which is precisely why so many hunters have that shelf or drawer full of calls in the back room gathering dust. None of those “experiments” will ever occupy a pocket in a call-laden turkey vest.

The very best turkey callers have mastered every type of call and use them, at times, throughout every season. But the majority of these masters won’t be caught watching the first birds of the morning drop off a limb without a diaphragm call loosening-up in their mouth. It’s the most versatile call in the turkey hunter’s arsenal, but, perhaps, the most difficult to master.

So, how’s your mouth calling? Do your hunting buddies cringe whenever you lay down one of your sickly yelping sequences? Do the turkeys stand at a safe distance so they don’t “catch anything”?

Maybe it isn’t all you. To take your calling to the next level, you need realism, diversity and calls that are easy to operate. Thankfully, the turkey calling elite at the Zink Calls laboratory have synthesized a cure for the dreaded bad-calling affliction in the form of their NEW Z-Pak Z-Series Mouth Call Combo Pack – a selection of three top-performing, traditional-cut, hand-built diaphragm calls packaged up at a value price. 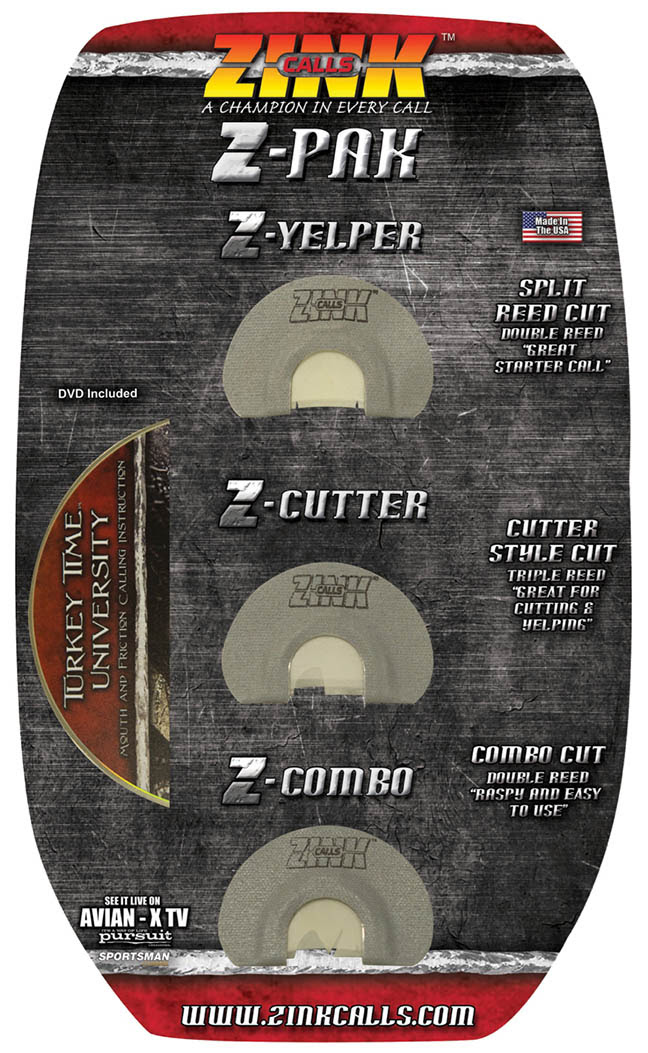 Zink’s new Z-PAK includes three outstanding mouth call options for any turkey hunting scenario that – when taken with reasonable amounts of practice – allow even the most inexperienced callers to talk turkey freely among the real birds, without raising suspicion.

The double split-reed Z-Yelper produces a classic two-note yelp with mild rasp, while the Z-Cutterbrings more rasp while retaining a crystal clear front end. Rounding out this selection of miraculous mouth calls is the Z-Combo, featuring the popular “combo-cut”, but built around a two-reed design that is much easier to blow. Producing a nice clear front-end finished with raunchy rasp on the backside, the Z-Combo replicates mature hen vocalizations even the most seasoned callers and gobblers will recognize and respect.

The Zink Calls Z-Pak is a multi-pack of turkey hunter’s long-time favorite cuts – hand-built and stretched one at a time with 365-day-a-year turkey passion. It’s the diaphragm call three-pack that can do it all – whether it’s unleashing a wicked fly-down cackle from the mouth of a master, or providing confidence to a developing caller. Take three… and call them in the morning. 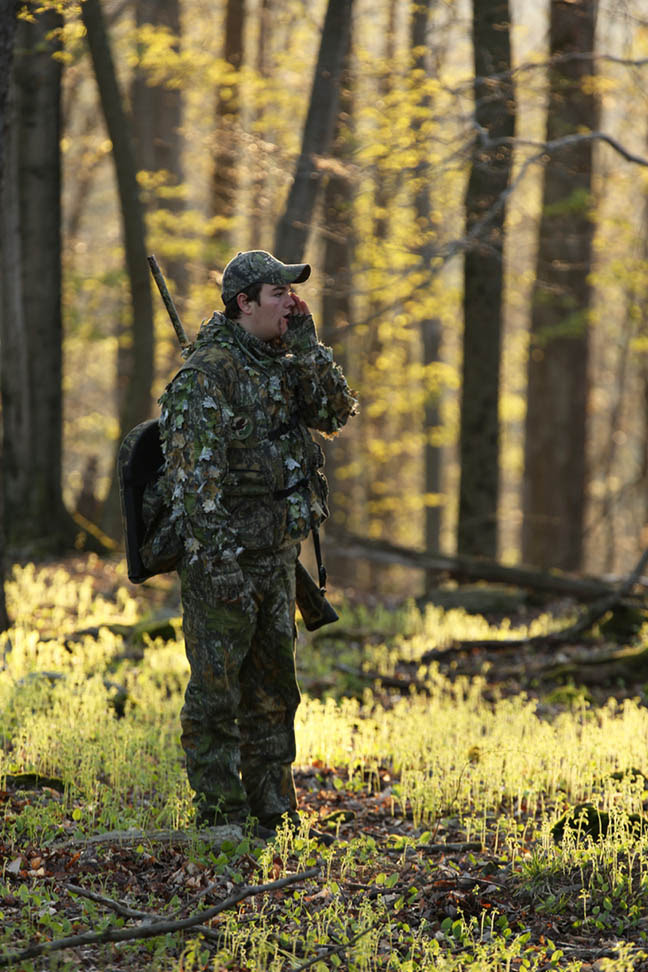