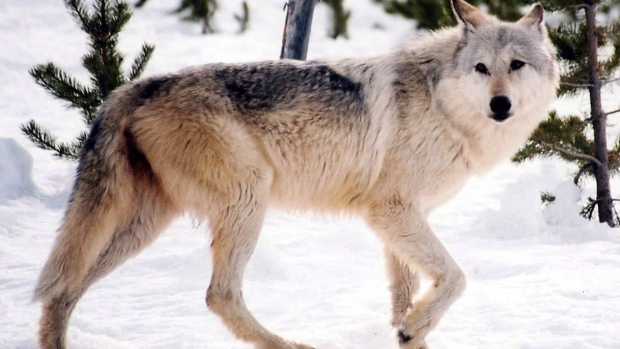 The Ontario government is proposing to make it easier for hunters to shoot wolves in an effort to help restore the dwindling moose population.

In a posting on the Environmental Registry (ER) this month, the Ministry of Natural Resources and Forestry is proposing to allow hunting grey wolves — also called timber wolves — as well as coyotes with a small game licence, removing the requirement for a separate game seal for the animals in Northern Ontario beginning in 2017.

Separating harvest limits for northern wolves and coyotes reflects current science showing that hunters can generally distinguish between the two breeds in the wild, the ministry claims.

“It will also allow additional hunting opportunities for coyotes which continue their expansion in Northern Ontario and have been an increasing concern for livestock farmers.”

Earthroots, a grassroots environmental organization, however, says that hunting and trapping wolves kills most of the adult members of packs, reducing the likelihood of hunting techniques being taught to younger wolves within the pack.

“This is likely part of the reason that certain wolf packs begin to prey upon livestock, which are generally much easier to hunt than more widespread and vigilant wild prey,” Earthroots states on its wolvesontario.org website.

The new wolf and coyote proposal is the latest phase of the ministry’s Moose Project.

“Moose and wolves both play important roles in Ontario’s ecosystems and are integral components of the province’s rich biodiversity,” it says on the ER. “Recent population surveys have shown declines in moose populations in many parts of Northern Ontario. Populations of grey wolves and their hybrids in Northern Ontario have been relatively stable.

Phase one of the project, completed in early 2015, saw two regulation changes intended to reduce calf harvest and push the start of the gun moose hunting season further from the key moose breeding period in late September and early October.