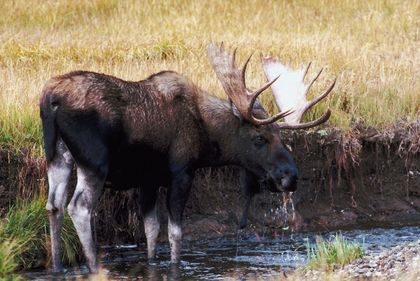 TORONTO – Ontario hunters are up in arms over a plan to shorten the moose season, which they argue goes far beyond what’s necessary to sustain viable populations.

Mark Ryckman, senior wildlife biologist for the Ontario Federation of Anglers and Hunters (OFAH), said proposed changes would impact northern Ontario hunters as well as the thousands of residents from the GTA and southern Ontario who head north to hunt moose.

The Ministry of Natural Resources (MNR) has posted notice it intends to amend regulations in the Fish and Wildlife Conservation Act, which cover moose hunting in northern Ontario.

Recent population surveys reveal a decline in moose populations in many parts of northern Ontario, reflecting a trend seen in other North American jurisdictions, the MNR notice says.

The animal plays an important role in the ecosystem and contributes economic and ecological benefits to the people of Ontario, the MNR says.

“Multiple factors such as predators, parasites, climate, hunting, habitat condition and low calf numbers may have contributed to the declines,” MNR spokesman Emily Kirk said. “Last year, we reduced moose tags to address declining moose numbers in part of the province. We need to do more.”

Under its proposal, the MNR would limit calf moose hunting to two weeks a year, down from up to 13 weeks, starting this fall.