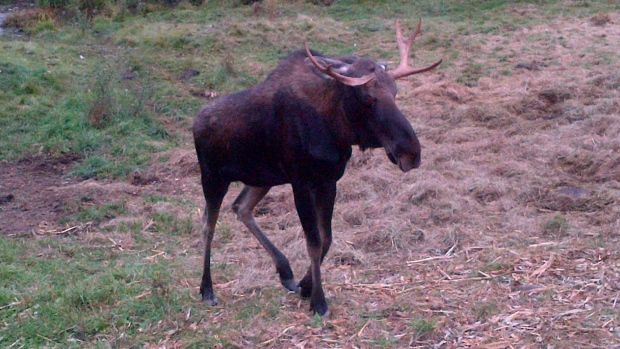 Two hunters pleaded guilty and have been fined for an illegal moose hunt near Ignace, Ont. (Department of Natural Resources)

Two Petrolia, Ont. men have been fined and had their hunting licences suspended after shooting a moose decoy placed by the Ministry of Natural Resources and Forestry.

Both men pleaded guilty to charges in June.

According to a media release from the ministry, the men left their vehicle and shot at the decoy on the road. They did not possess a bull moose tag, and failed to meet party hunting requirements.

One man was fined $3,000 for careless shooting on a public road and $2,000 for moose hunting without a licence.

The Ministry of Natural Resources and Forestry reported that he had previous convictions and unpaid fines for hunting offences.

The other man was fined $2,500 for careless shooting on a public road and $1,500 for moose hunting without a licence.

Both men also received one-year hunting suspensions and are required to re-take the Ontario hunter education course before getting new hunting licences.