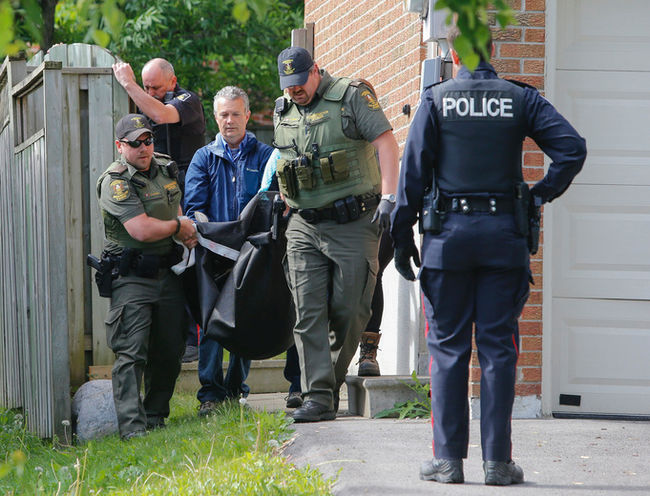 York Regional Police have said repeated attempts to get a response from MNR about a bear in Newmarket were unsuccessful and the decision was made to shoot the animal.

“The Liberals have cut MNR to the bone,” NDP Leader Andrea Horwath said Monday. “So what does it take? It takes a black bear wandering the front lawn of Queen’s Park for the MNR, for the minister, to realize what a mess they’ve made of the situation?”

Progressive Conservative MPP Jeff Yurek said it’s disappointing that the ministry took so long to respond to the problem of a bear wandering through built-up areas.

“We knew on the weekend,” Yurek said. “I don’t know why the ministry couldn’t have assembled the truck with the supplies during the weekend and be ready to roll first thing in the morning when they got the call from the police.”

“Ministry staff received a call for assistance between 6:30-7 a.m. Monday morning from police,” he said.

“When they got there the bear had already been dispatched (killed), but they were on route or they were there,” Mauro said. “I know that it’s unfortunate that the bear was dispatched. I’m not going to second guess the actions or the decisions of the York Regional Police in terms of how they responded to this.”