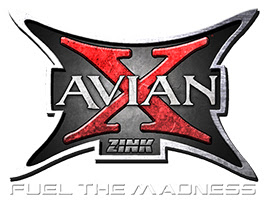 OBSERVE AND ADAPT FOR WATERFOWL SUCCESS

Dallas, TX (November 23, 2015) – With regular waterfowl hunting seasons well underway in the northern states and poised to kick off in the south, at least two things are clear: There are plenty of ducks, and weird weather is already affecting local and continental waterfowl migrations. 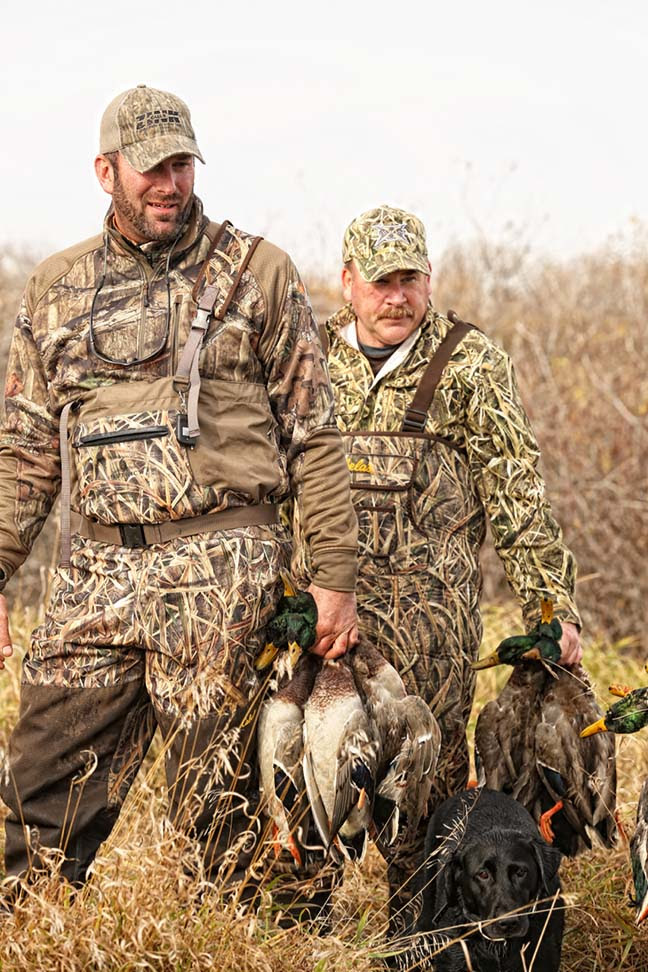 Smile, wildfowlers. According to the U.S. Fish and Wildlife Service, breeding duck numbers reached an all-time high this year on the heels of several consecutive years of exceptionally wet weather in the Prairie Pothole Region. Nearly 50 million birds were estimated in the traditional survey area this past spring, representing a slight increase from last year’s record total and the largest since the standardized surveys began in 1955.

An abundance of birds is certainly good news for hunters, but as always, weather will play the role of the great equalizer in this year’s ongoing waterfowl equation, which includes the El Niño factor – a variable that would likely leave the likes of Pythagoras, Copernicus and Einstein scratching their heads.

Fueled by warmer than normal waters in the eastern Pacific, this year’s El Niño is forecast to become one of the strongest on record, and is expected to influence weather and climate patterns across North America this winter by impacting the position of the Pacific jet stream.

Overall, weather patterns are expected to be less stable than normal, which has implications for waterfowl and waterfowl hunters alike. Already, would-be-typical fall waterfowl migrations have been short-circuited by a prolonged period of near-record warm temperatures across the Canadian prairies and Midwest throughout much of late October and early November.

Whether field or open water hunting, a smaller spread composed of higher quality decoys in a variety of realistic poses can be more effective than larger spreads when ducks are stale or pressured. Photo courtesy of Avian-X

Where Do We Go From Here?

As the 2015-2016 waterfowl hunting season progresses – presumably with continuing strange weather – hunters need to observe and adapt to changing conditions.

Birds get “stale” when migrations are stalled by warm weather. There may be plenty of ducks and geese around, but they can quickly fall into highly cautious patterns – often by communing with those cursed local birds that have yet to leave and know where they’re safe and where they aren’t. Try two primary tactics when birds grow stale.

Add realism to a conservative decoy spread. While large decoy spreads can be highly effective during periods of peak migration, smaller, more detail-oriented spreads can work better when ducks are held up by mild weather. Try hunting with just six to 12 realistic, high-quality decoys like Avian-X’s Topflight Mallards (Open Water or Back Water). Mix in a variety of poses, while adding additional detail and some subtle motion. In the Mississippi and Atlantic Flyways, try adding in aTopflight Flocked Black Duck or two. The flocking on these blocks give them a highly realistic appearance. Overall, Black ducks are known as one of the most cautious waterfowl species, which can give ducks the increased confidence to commit to your spread.

Always observe ducks and geese carefully and let their habits and body language tell you what they like or don’t like while calling, but stale birds often respond best to a quiet and especially reserved style. 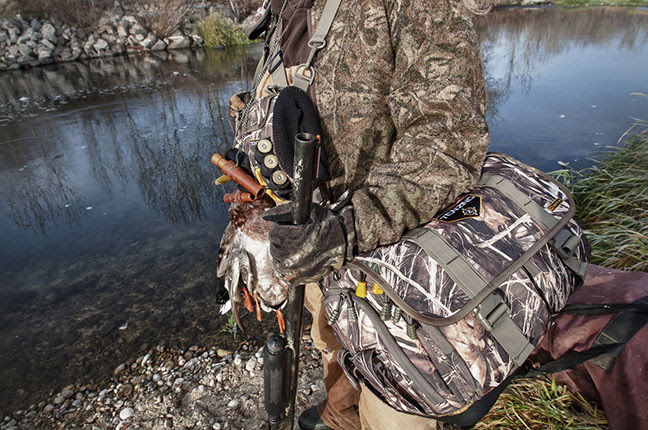 “In areas where hunting pressure is intense, ducks get wise to calling pretty quickly because they hear it every day,” says Ohio master waterfowler and call maker, Fred Zink. “Aggressive, continuous calling can work in migration areas or other locations where there are large concentrations of waterfowl, but in most of the places I hunt, less is more in regard to calling.”

Pay strict attention to weather patterns that might result in birds being pushed in or out of your region. While most waterfowlers are aware of the conditions that push new migrants down from the north, many overlook the short-term reverse migrations that take place during warm fronts and thaws, which get birds moving in different patterns search of new and changing feeding opportunities.

In the the northern portions of the flyways, large lakes, rivers and spring-fed ditches will hold the largest concentrations of waterfowl in the late season. Areas that posess several of these features in close geographic proximity are top spots to hunt, as ducks and geese will use these features in hopscotch fashion as long as food is available. Hunt the larger lakes when the smaller ones start to freeze, then move to rivers once the remaining lakes ice over. Spring fed agricultural ditches are always great options throughout the late season because of their typical proximity to waste grain. Many of these ditches also contain watercress and other late season food sources, making them highly attractive loafing spots.

Every waterfowl hunter dreams about being in the right place during “ the big push” – that special day when a veritable aerial freight train of southbound waterfowl continually dumps into the decoys. But the majority of our hunts simply don’t go that way – especially when extended periods of mild weather cause the migration to stall and ducks to grow stale and cautious. It looks like many areas of the country may experience their share of these less-than-ideal conditions throughout the rest of this waterfowl season.

Make the most of such conditions through vigilent scouting and hunting even the most subtle weather changes that get birds moving in new directions. Call less aggressively and put out smaller, more realistic decoy spreads to maximize your chances for success.

We know one thing for sure: there are plenty of ducks. 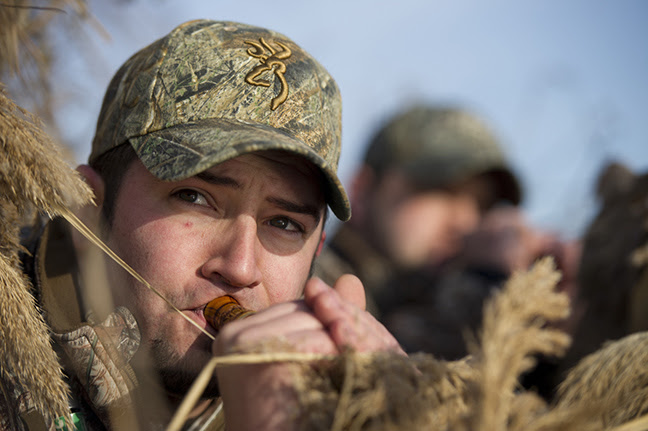 Call less aggressively when wolking stale, educated birds. Make sure you have a softer, finishing call on your lanyard. Photo courtesy of Zink Calls