Ontario Provincial Police are reminding hunters about the importance of firearm safety after six accidental shootings involving hunters less than a week into deer hunting season.

Central Hastings OPP said the first incident happened around 8:40 a.m. Monday, when a 42-year-old man was accidentally shot in the arm while hunting with a group in Tudor and Cashel Township, near Bancroft.

They said he was airlifted to hospital with serious injuries. 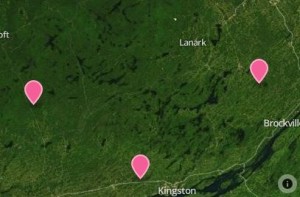 The second happened on Maple Road in Odessa, where a 55-year-old man was accidentally shot, according to police.

The third happened on Weedmark Road in Montague, northeast of Smiths Falls, when police said they were called to a 59-year-old man’s accidental shooting around 6:45 p.m.

In all of the cases, no charges are going to be laid.

There was another accidental shooting Tuesday near Peterborough. OPP said a 17-year-old boy was accidentally shot in the shoulder by someone else in their hunting party.

He was taken to hospital with serious but not life-threatening injuries. Again, no charges will be laid.